The ICPDR and its observers:
inspiring wider interaction with stakeholders

The ICPDR has shown that public participation in decision making is central to gaining broader support for its work towards healthier water bodies. The input of stakeholders – such as the ICPDR’s network of 22 observer organisations, representing the full spectrum of interests – is vital to developing management strategies that really work.

Environmental protection is a community responsibility, and the active involvement of the public was one of the core principles of sustainable water management acknowledged by the Danube River Protection Convention when it was signed in 1994. To date, 22 organisations hold observer status – representing private industry and intergovernmental organisations – and through this status, cooperate actively with the ICPDR. On the occasion of the anniversary of the Convention, some of these important partners share their views on this valuable cooperation.

“On behalf of the Black Sea Commission, I extend cordial congratulations on the occasion of the 20th anniversary of the Danube River Protection Convention. Since then, we have remained strategic partners in developing cooperation in the Danube and Black Sea region and beyond. We are confident that the experience of our successful cooperation will inspire us to continue an open dialogue on all issues of concern and that our relations will be further enriched by new ideas and initiatives.” 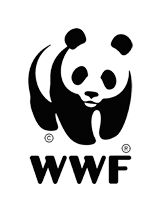 “For the World Wide Fund
for Nature (WWF) Danube– Carpathian Programme, the ICPDR has provided an excellent platform for constructive discussions between NGOs and authorities on issues of high importance to WWF such as sturgeon conservation, floodplain restoration or an integrated approach to water infrastructure planning.”

Irene Lucius, Head of Policy and Green Economy of the Danube–Carpathian Programme

“For the International Association for Danube Research (IAD), founded in 1956, the ICPDR has been the key partner to achieving major environmental targets based on an efficient exchange of knowledge and an open dialogue ever since its establishment in 1994. The role of IAD as an observer has also facilitated our transition to a modern network of scientists dedicated to work collaboratively on the current and future challenges we face in the Danube River Basin.”

“viadonau has enjoyed a longstanding and intense cooperation with the ICPDR. The PLATINA Manual on Good Practices in Sustainable Waterway Planning, the Danube Survey, the Stakeholder Forum of the Bad Deutsch-Altenburg Pilot Project and Danube Day are among the many joint activities that have characterised a partnership which extends far beyond the observer role. For projects in the Danube region as well, the ICPDR has always been a constructive partner.” 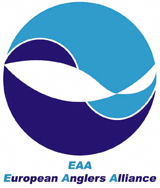 “Since 2008 Österreichisches Kuratorium für Fischerei und Gewässerschutz has represented the European Anglers Alliance in the ICPDR, and this cooperation has been very successful for us in many areas: damage from navigation waves was included in PLATINA. Awareness has increased for the damage caused by hydropower, which has also been included in the new guidelines. And, last but not least, the Danube sturgeons have been adopted as a symbol for the preservation of all fish. There is a lot of work still to do, and we are looking forward to contributing.”

“As an organisation active in the development and promotion of sustainable tourism in the Danube region, the Danube Competence Center has greatly benefited from the work of the ICPDR. The ICPDR’s commitment to the sustainable management of the Danube River Basin makes our missions possible – protecting and managing the Danube River for the prosperity of its communities and generations to come.”

“The Carpathian Convention has cooperated closely with the ICPDR since the Carpathian Convention was adopted in 2001. Cooperation is vital in the Danube–Carpathian region, as mountains and rivers are a common heritage to protect and a key resource for sustainable development. As water flows from mountain peaks through rivers and streams to the sea, the issues we deal with are interlinked, such as climate change adaptation, biodiversity conservation, ecosystem and forest management, sustainable agriculture or production of renewable energy.”

“The ICPDR has supported the establishment of DANUBEPARKS from the very beginning: in 2007, an ICPDR conference prepared the framework for the formation of the Danube River Network of Protected Areas. Since this time, fruitful cooperation has contributed significantly to make the Danube-wide approach of Protected Areas visible. DANUBEPARKS is very much looking forward to continuing the implementation of joint initiatives for our Danube natural heritage!”

“As the Sava River Basin is a Danube sub-basin, cooperation with the ICPDR is of considerable importance. Based on the 2008 Memorandum of Understanding on cooperation and coordination between ICPDR and the International Sava River Basin Commission, the relationship of our two organisations extends well beyond mutual observership. The key result of the cooperation is certainly coordination of activities to ensure complementarity of outcomes and efficient work by the member countries’ administrations in the framework of the two commissions.”

“For more than ten years, Global Water Partnership Central and Eastern Europe (GWP CEE) has been proud to be an active observer to the ICPDR. The ICPDR is a role model for international water cooperation and our common activities have greatly helped the GWP CEE network to advance the sustainable management of water resources in the Danube River Basin.”

“The Regional Environmental Center for Central and Eastern Europe (REC) joins the Danube countries in celebrating the 20th anniversary of the ICDPR and applauds the results achieved. Over the years, REC has actively cooperated with the ICPDR on a wide range of environmental and water management issues, and contributed to the involvement of stakeholders and the public in the process. This has allowed us to contribute to making a difference for the benefit of the Danube region and its people. We look forward to continue working together to address new challenges.” 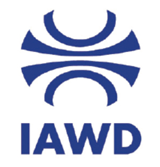 “The International Association of Water Supply Companies in the Danube River Catchment Area (IAWD) is an active partner to the ICPDR, securing vital cooperation among water utilities in the Danube Region. Developing the Danube Water Programme together with the World Bank enables us to continue these efforts for the future. We would like to congratulate the ICPDR on its 20th anniversary and we look forward to continuing to work together in the years to come.”

Cooperation and exchange with people from different countries within the ICPDR is an important way for the Danube Environmental Forum (DEF) to contribute to ecosystem and water protection. Common ICPDR issues such as wetland restoration, improving hydromorphology and the survival of sturgeon species are milestones in achieving our objectives.”

The continuing dialogue with stakeholders has been an important element of the success of integrated river basin management in the Danube River Basin. For their dedicated participation in the ICPDR’s work, we thank the partners above, as well as the other ICPDR observers:

Next: Milestones on the road to progress