From the early days of the Danube River Protection Convention, the countries have shown that sharing ideas and developing joint solutions is the way to balance varying needs and protect the natural resources of the basin for everyone. 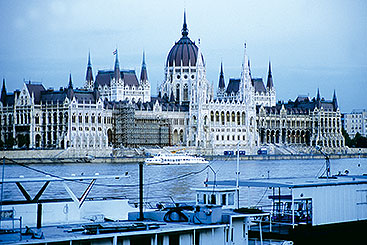 For Hungary – a country that lies entirely within the Danube Basin and which shares its waters with seven neighbours – the Danube Protection Convention has been an important tool for water cooperation for twenty years.

By the end of the 1980s, it was clear that technical cooperation alone is not enough to make real progress – it must be backed by high level political support and commitment. To develop this transboundary cooperation, Hungary and Austria proposed concepts for a Danube Convention, which has been based on the UNECE Water Convention. Thanks to Wilhelm Kittinger from Austria, the “Father of the Convention”, and also the late Endre Almássy from Hungary, we are celebrating this document this year.

From the beginning, Hungary has eagerly supported the process by taking on leading roles in expert groups and actively participating in activities such as the Joint Danube Surveys and analytical quality control exercises. Working closely with stakeholders has been a priority for Hungary; the Public Participation Expert Group was created based on a suggestion from Hungary, we hosted the first Danube Stakeholder Conference and the Green Danube partnership was signed under the Hungarian presidency of the ICPDR. At the same time, we have learnt a lot from the process of creating and implementing the Danube River Protection convention. We have also upgraded our existing bilateral transboundary agreements to bring them in line with international water legislation developments.

A role model for collaboration. The ICPDR has had an important role as an implementation platform for relevant EU legislation as well as a cooperation bridge between EU and non EU Member States. Linking Danube activities to other frameworks helps to share experiencesand to increase synergies and efficiency. The EU Strategy for the Danube Region will draw on this Danube history and be an important tool for basin development in the future.

The past 20 years of the Conventionhave demonstrated the political, technical and institutional evolution of river basin cooperation, and the growing international interest in learning from this cooperation – such as the recognition of the International RiverPrize – is evidence of its success. Sharing our experiences with others is vital, especially where understanding the necessity and benefits of transboundary cooperation requires further evidence. The good examples and rich experience of the ICPDR – such as in demonstrating how upstream and downstream interests can be brought together – adds to the ongoing global negotiations on future development goals.

The success of the Danube River Protection Convention is the result of actions by governmental officials, national and international experts, and stakeholders, and for this success we wish to thank all Danube Basin countries and last but not least the Secretariat of the ICPDR. We are looking forward to the next 20 years of cooperation.

Next: Slovenia - Holistic solutions for development