The Danube River Protection Convention was signed on 29 June 1994, in Sofia, Bulgaria, by eleven of the Danube riparian states – Austria, Bulgaria, Croatia, the Czech Republic, Germany, Hungary, Moldova, Romania, Slovakia, Slovenia and Ukraine – and the European Community. Today, all 14 countries in the Danube Basin have committed themselves to implementing the Convention and cooperate actively with the ICPDR. On this 20th anniversary of the Convention, the Danube countries share their views on working together to protect the most international river basin in the world.

Since water does not stop at national borders, an internationally coordinated approach is necessary to protect the future of the region. 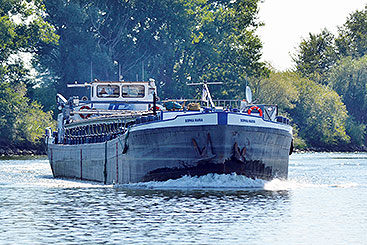 The Danube originates in Germany, and from its source in the Black Forest to the border with Austria, the Danube flows through Germany for 584 km. Around 7% of the entire Danube River Basin district, covering 56,184 km2, is in Germany, and this area is home to around 9.7 million people in Bavaria and Baden-Württemberg.

As the land of the Danube’s source, Germany has a special responsibility to protect the Danube. Soon after the political division of Europe was overcome in the early 1990s, Germany was strongly in favour of a convention for the protection of the Danube. Signing the Danube River Protection Convention in 1994 in Sofia placed international cooperation on a firm legal foundation. The ICPDR was established on this basis and is the main partner and political driving force for all water management issues in the Danube region.

Securing international coordination.
Water does not stop at national borders; therefore an internationally coordinated approach within a river basin has been an important part of the EU environment legislation since the entry into force of the EU Water Framework Directive and the Floods Directive. In this respect the ICPDR has a two-fold function. Firstly, it serves as a platform to secure international coordination between Germany, other EU countries and, as far as possible, non-EU countries as well. One such coordination milestone was the first Danube River Basin Management Plan, adopted in 2009 in accordance with the Water Framework Directive. Secondly, the work of the ICPDR plays an important part in assisting non-EU countries with accession. When the ICPDR took up its work in 1998, Germany and Austria were the only two contracting parties belonging to the European Union. Today, nine of the fourteen countries in the Danube region are EU member states.

Furthermore, a range of ICPDR activities have provided impetus for discussions within Germany, while others have themselves benefited from initiatives at national level. Examples are ICPDR cooperation with water-related sectors such as navigation, hydropower and adaptation to climate change, or public relations projects such as Danube Day and the Danube Box which was developed for use in schools.

Not the least of the ICPDR’s achievements is its creation of an outstanding network of specialists which excels in more than just its expertise: in light of the shared history and culture of the countries in the Danube region and in the spirit of transparency and common vision that characterises its work, the ICPDR has fostered a network on a personal level too, a network which enriches every individual and makes them feel a part of the ICPDR family.

Next: Austria - The “blue” Danube and the ICPDR