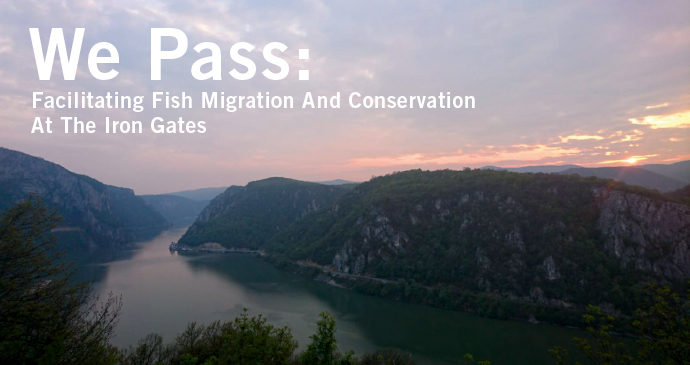 ICPDR is seeking solutions to man-made dams that hinder and prevent the migration of sturgeon and other migratory fish species in the Danube River with the project We Pass focusing on the Iron Gates dams.

The project, We Pass – Facilitating Fish Migration And Conservation At The Iron Gates, aims to aid fish migration in the Danube River Basin, and has been set up with EU funding (DG REGIO) by the ICPDR, CDM Smith, Jaroslav Černi Institute (JCI), and the Danube Delta National Institute for Research and Development (DDNI). Its focus is on the preservation and re-establishment of endangered fish species' migration routes in the Danube River, its tributaries, and specifically at the Iron Gates hydropower plants.

The hydroelectric power plants Iron Gates I and II (aka Porțile de Fier / Đerdap) are the largest dams on the Danube River and are jointly managed by Romania and Serbia. The dams provide vast amounts of sustainable hydropower for the region and also make navigation for people both easier and safer on the Danube. However, the disruption they cause to the river's continuity constitutes a serious obstacle for migratory fish like sturgeon. The heights of Iron Gates I and II (60m and 35m, respectively) and the depth of the reservoir, necessitate the implementation of a massive fish-passage. Unfortunately, no pre-exiting solutions are up to this daunting task. 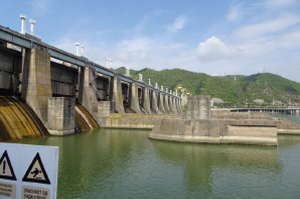 According to the Danube River Basin Management Plan (updated in 2015), a restoration in river continuity at the Iron Gate I and II dams would open up more than 800 km of upstream river to the sturgeon coming from downstream. This would include access to numerous spawning grounds along the Danube and major tributaries. Additionally, it would help to meet EU goals, including increasing the ecological status of rivers within the EU, protecting biodiversity and threatened species, as well as making the Danube less vulnerable to the effects of climate change. Therefore, working out a solution is extremely important.

A chief aspect of We Pass is the running of a feasibility study exploring alternatives and seeking solutions to blocked routes that may be having adverse effects on sturgeon and other fish species. To determine the possibility of creating a path for migratory fish past the Iron Gate dams, the ICPDR adopted the Terms of Reference for the Feasibility Study analysing options for fish migration at Iron Gate I and II in late 2016. This concluded that a technical solution would indeed be possible but that specifics would need to be determined through further investigative studies.

The current Feasibility Study aims to analyse the strengths and weaknesses of a proposed project, the opportunities and threats present, the resources required to carry out the project, and ultimately the success of the project. Many factors need to be taken into consideration to determine whether a project is technically feasible, economically viable, and profitable (costs versus ecological benefits). Supported by the European Commission, the first phase of the study ran from 2011 to 2016 and created a dialogue between the ICPDR and relevant stakeholders. Running until 2020, the second leg of the Feasibility Study will lead into planned third and fourth phases to consolidate technical designs between 2012 and 2023, with implementation expected from 2024 onward.

In 2017, the ICPDR Sturgeon Strategy was approved with the goal of better understanding and highlighting the challenges faced by the Danube's sturgeon in order to add to conservation efforts. In conjunction with the We Pass-supported feasibility study for restoring continuity at the Iron Gates, this acts as an important aspect of the EU Strategy for the Danube Region to improve the situation of the river's sturgeon. Efforts to restore continuity will be accompanied by several other conservation measures as laid out in the Danube Sturgeon Action Plan, including protection and restoration of habitats, strict enforcement of existing fishing bans, and the continued fight against the illegal caviar trade. 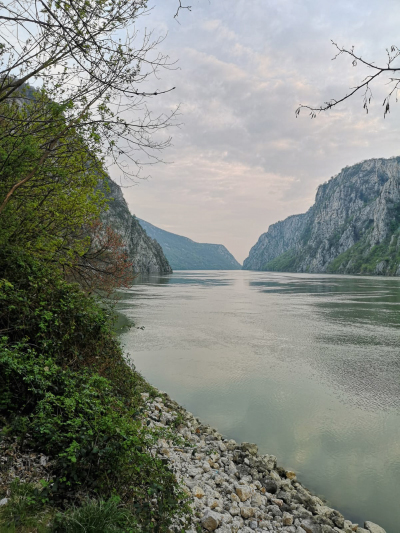 Concerns specific to sturgeon species and the dams themselves make the future of extended migration quite tricky. Sturgeon, unlike other migratory fish, grow much larger and generally swim along the riverbed. Sturgeon also spawn several times throughout their lives, thus the fish-passage would also need to be designed to allow the downstream migration of large adult sturgeon. All of this makes facilitating sturgeon migration more complex and more difficult than would be the case for other fish.

Making this complex and difficult task easier is the aspiration of We Pass; This can be achieved by bringing together a multitude of international projects in the region, exploiting the opportunity to share knowledge and stakeholder contacts using common messaging, and combining efforts to maximise the impact of all communications, thus strengthening conservation efforts. Working to synergise efforts with groups and projects such as the EU Strategy for the Danube Region, the Danube Strategy Task Force, Sturgeon 2020, LIFE Sterlet, and MEASURES will also aid in raising awareness of the issues concerning Danube sturgeon, another important aspect of the We Pass project. 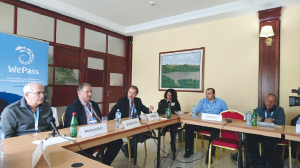