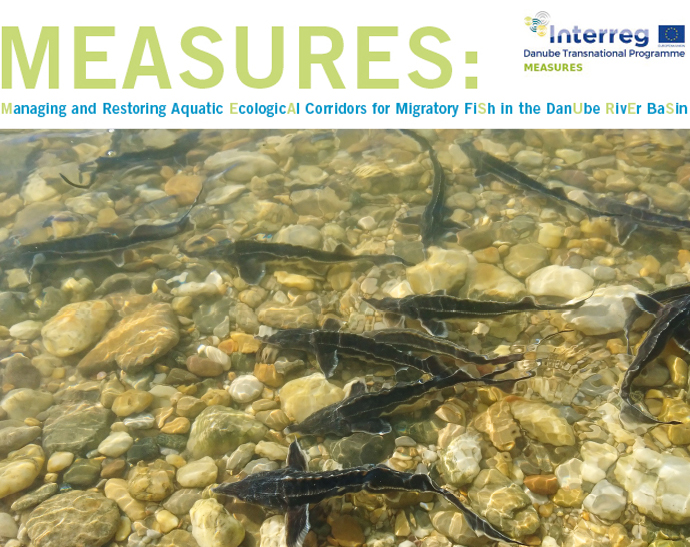 MEASURES seeks to identify and protect key habitats of the Danube Basin necessary for the conservation of migratory fish species. Through the partnership of governments, organisations, and institutions, the project will provide important information for the future of the area and its fish.

Migratory fish populations within the Danube River Basin have dwindled dramatically over the past half-century. The largest and possibly most iconic among these species is the sturgeon, a key element of life within the river basin. A main cause of this loss are man-made obstructions, such as dams, along the Danube which prevent or hinder the movement of these fish species and have led to fragmentation and loss of habitats on local and basin wide scales. Coordinated action is the only way to prevent further decline or the complete disappearance of these species, whose importance cannot be underestimated. In fact, the health of these sturgeon populations reflect the overall health and well-being of the entire Danube ecosystem itself. Note: sturgeon migrate via several countries, action requires a joint approach between those countries.

Working from, and adding to, the achievements of previous multilateral projects, seeking to address and promote the health of the river basin, MEASURES brings together 10 countries along the Danube (Germany, Austria, Slovakia, Slovenia, Hungary, Croatia, Serbia, Romania, Bulgaria, and Ukraine), along with 12 partner institutions. The project will work to create safe corridors all along the Danube and its major tributaries for the native fish, which migrate along the river as an essential part of their reproductive life-cycles. By working to protect and increase their numbers, MEASURES will be contributing a key piece of the complex puzzle to restore and assure river vitality and sustainability. This is particularly important in regards to the development of future infrastructure projects, which would put additional pressure on the last remaining habitats of the endangered species.

Over the 3 years of the project (set to run until the end of May 2021), the impressive list of partner universities, institutes, organisations, and ministries have been and will continue working together to create safe ecological corridors by:

Mapping and identifying key habitats can be achieved in many ways with a variety of tools. Because sturgeon make extensive use of riverbeds, specialised technologies are required. Multi-beam sonar, which help develop 3D bathymetric surveys of the areas concerned, are one important example. By bringing together scientists and researchers in planned joint pilot activities, further methods can be more readily constructed and put into place. Furthermore, a standardised manual of mapping approaches will be created and will allow various stakeholders to map crucial habitats in a comparable way. 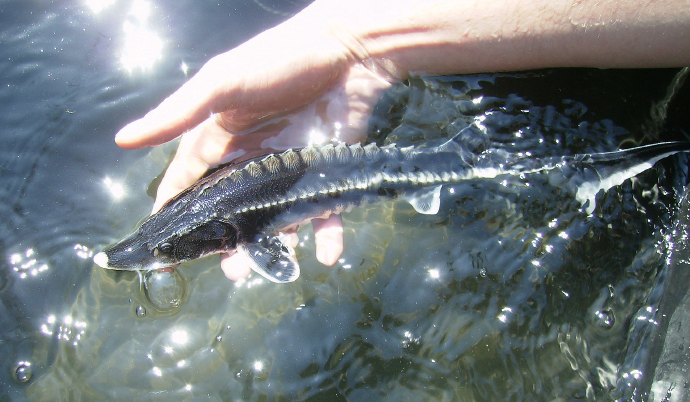 In order to share the knowledge and methods developed, an online information platform (MEASURES Information System, MIS) has been created. This platform will allow everyone from scientists, to politicians, to the general public to access shared information regarding ecological corridors and migratory fish habitats, as well as other areas relevant to the MEASURES project. With collaboration and a harmonised strategy being important aspects of MEASURES and future derivative projects, this centralised information-sharing system may prove to be as valuable to achieving the desired outcomes as the collected and assessed data itself.

Once habitats and migratory corridors are identified, a basin-wide map will allow the development of a basin-wide strategy. Actions and their implementation plans, necessary for the preservation of these ecological corridors, can be devised and act to guide management plans concerning ecological conservation, water management, as well as diminishing the effects of infrastructure projects and navigation in the Danube Basin. This will allow a push for more collaborative effort among the many key stakeholders within the Danube River Basin, rather than the fragmented approach seen up to now which has rendered efforts moot.

Another vital approach to saving the sturgeon and other endangered migratory fish species within the Danube consists of manually replenishing their numbers by restocking the remaining species through state-of-the-art conservation methods. As a preliminary part of this endeavor, 3,000 juvenile sterlet were released in Hungary and more than 1,000 Russian sturgeon in Romania. The fish were tagged prior to release in order to identify them if they are caught during later in-river surveys, providing valuable insight into their survival rates for the larger future restocking plans.

Authors Paul Meulenbroek and
Daniel Trauner are both part of Project Management for MEASURES at the University of Natural Resources and Life Sciences (BOKU) in Vienna.

Next: Danube Watch 1/2019 - Flagship Species of the Danube – Will There be Sturgeons in the Future?