An Interview with Dr. Mirjana Lenhardt

Mirjana Lenhardt is Principle Research Fellow in the Department of Hydroecology and Water Protection at the University of Belgrade in Belgrade, Serbia. She is a leading expert on sturgeon in the Danube region. 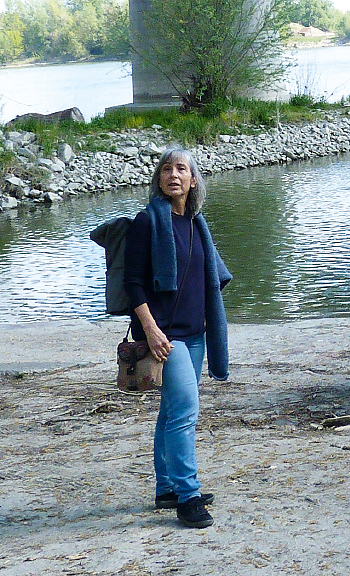 Danube Watch: You've led and participated in many multilateral projects focused on the health of regional river ecology, “MEASURES” and “Sturgeon 2020” being recent examples, what do you see as the major benefits of such collaborative efforts? What do you see as some of the main difficulties and/or obstacles of these efforts and potential solutions?

Sturgeons and other migratory fish species represent a natural and cultural resource of the Danube River and, due to their geographical dispersion, collaboration among teams from different countries is the only way for proper investigation and protection. Collaboration is also important for the standardisation of procedure and building of common a database. Investigation in fish biology requires transforming research practice and organising collaboration in field and laboratory settings. It is important to include new technologies and to organise databases and communication strategies. Cooperation in field biology does not only include scientists, and due to that, it is important to set up a network of all stakeholders with the involvement of local communities and relevant companies. This network could help with the more efficient use of new technologies and in building a valuable database. The other network could be organised for laboratory work which can include different teams with the aim to gather, collate, and analyse data. Results of such work could help in our understanding of various processes and could lead to better management. The economic situation is different in countries along the Danube River and each country encounters their own difficulties in performing research in the field and laboratory. One of the main problems is the building of an experienced team in each country which could estimate the current status of migratory fish species and important habitats. There is lot of work which could be performed by experienced teams equipped with the latest technology.

Danube Watch: With more than 30 years of experience in the field, what changes have you seen in the attitudes of key stakeholders regarding the status of the Danube's sturgeon and the health of the river in general?

My work investigating fish populations in the Danube River started with my PhD thesis in 1980, while my work on sturgeons started in 2001 when I headed the Serbian part of the project “Endangered Species: Oocyte maturation of the beluga sturgeon (Huso huso) – Evolutionary significance of egg yolk proteins”, financed by the Norwegian Research Council. At that time, catching sturgeons was allowed and fishermen mainly caught beluga sturgeon in the Serbian part of the Danube River downstream of the Iron Gate II dam. It was surprising then that lot of money was earned by selling beluga sturgeon caviar as there were no investigations or data relating to sturgeons, especially relating to beluga sturgeon. Nowadays, there have been some steps forward in the investigation of sturgeon behaviour by telemetry and DNA analysis of different sturgeon species. However, all bigger investigations depend mainly on international projects which last one, two, or a maximum of four years, after which all activities are ceased. There is a real need for continual investigation and investment in new technologies as only in that way can valuable and reliable data be acquired.

Danube Watch: You are researching the effects of the Iron Gate II Dam on the Danube's sturgeon and their behaviour, what drew you to this project? What are some special challenges or considerations that come with it? 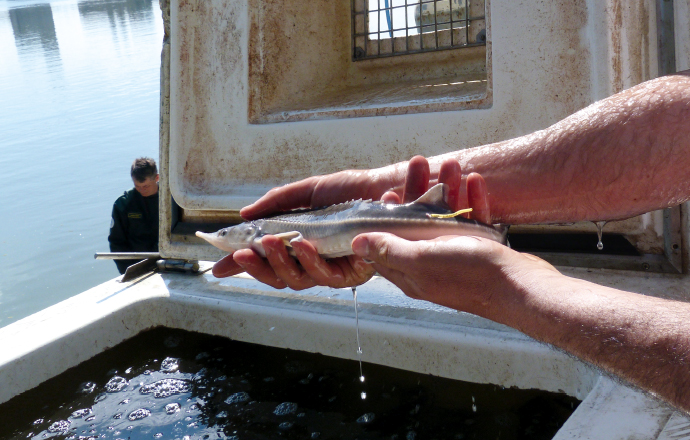 Unfortunately, it was only a one year project. The Romanian team trained Serbian and Bulgarian teams in sturgeon telemetry. We worked with fishermen downstream of Iron Gate II for one month in the spring and one month during autumn, but there were no sturgeons caught. Regardless, it was a great experience monitoring the behaviour of other fish species (catfish, barbell, carp, nase, asp) in the vicinity of the dam. This project showed the importance of collaboration with fishermen and the local community. During this project, one transmitter was implanted in a big catfish (Silurus glanis) and now we have almost two years' worth of data relating to catfish depth and temperature, as well as concerning spawning migration. When the project was finished, there were problems with replacing batteries on receivers and damage to cables, so some of the receivers were no longer active. Fortunately, as the WePass project started repairing all receivers, we have gotten new data from the catfish.

Danube Watch: What do you think and/or hope the future holds for cooperation and collaboration between researchers, governments, and organisations like the ICPDR regarding the Danube and its fish species?

It would be really nice if one day a network of observational buoys would exist on the Danube River which would contain receivers and sensors for remote sensing field data and automated data collection. This network would also include many fish with transmitters. It is only possible to achieve if, in each country, good collaboration could be developed among different stakeholders (government, international organisations, navigation companies, HE plants, local communities, fishermen etc.). Only large, multinational, and interdisciplinary research could bring results which can improve fish management.

Danube Watch: What is your personal relationship to the Danube River? What led you to focus on the fish species in the area?

As I mentioned, my investigation of fish in the Danube River started at locations near Belgrade during my work on PhD thesis. At that time, I worked on pike (Esox lucius L.) and I looked into seasonal changes in blood biochemical parameters. I collected pike specimens for samples in the Danube River each month over two years. I had great help from fishermen and they taught me which locations to find pike in different seasons. After that, I worked on other fish species. I was a mentor for one master and one PhD thesis which related to sterlet (Acipenser ruthenus) as well as for one which dealt with Pontic shad (Alosa immaculata). Investigations of allochthonous species involved analyses of the pipefish (Syngnathus abaster) population downstream of Iron Gate II, as well as of gobiids which were investigated in bilateral projects with Slovakia.