Germany has taken over the ICPDR Presidency for 2018 and taken up the challenge of strengthening the ICPDR’s message on climate change adaptation, paving the way for the next generation of management plans and sustainable cross-sectoral cooperation and knowledge transfer. 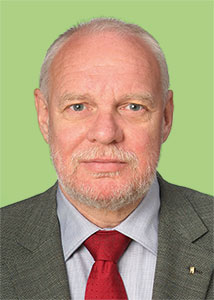 Until recently, Helge Wendenburg was President of the International Commission for the Protection of the Elbe River. Now ICPDR President, he is relocating to the Danube River Basin with a clear mandate for the ICPDR.

Danube Watch: You were Elbe President until 2017. How does it feel to move from the Elbe to the most international river basin in the world? What differences in approach do you envisage?

W hen the Agreement on the International Commission for the Protection of the Elbe River (ICPER) was signed on 8 October 1990 it was the first international treaty signed by Germany after its reunification. From the very beginning we have enjoyed close and trustful cooperation with the Czech Republic. More than 99% of the Elbe River Basin is located in Germany and the Czech Republic, with less than 1% in Austria and Poland. In the Elbe River Basin our work is therefore characterized by a focus on a mainly bilateral level with the upstream-downstream relationship between the two countries. The ICPER is therefore quite different from the ICPDR, which serves as a coordination platform between the 15 contracting parties. In addition, the fact that five countries in the Danube River Basin are Non-EU-Member States is very significant for the overall approach of the ICPDR. If you compare the situation today to the early days of the ICPDR when just Germany and Austria were EU-Member States, it becomes obvious how important the role of the ICPDR was – and still is – to the EU accession process with regard to water management. This particular role of the EU for the ICPDR was again underlined and confirmed by the EU Presidency last year and my predecessor Peter Gammeltoft.

Danube Watch: You have a reputation of being highly committed with a high level of expertise. How do you intend to utilize these attributes in your work with us?

To be honest, I can’t really judge what people say about me. All I can say is that I feel very honoured to serve as the ICPDR President and that I hope to be able to support the ICPDR in moving things forward. Having started my career at the District Government of Brunswick, before moving on to the Ministry of Environment in Lower Saxony and then later to the Federal Ministry of the Environment, I‘ve gained an insight into the practical implementation of water management at a local level, as well as into the needs and challenges of coordination at regional, national and international level. No matter at which level you are working, if you want to achieve truly integrated water resource management, you need to involve all relevant stakeholders to find sustainable solutions. I see this as being one of the strengths of the ICPDR, with public participation and dialogue with stakeholders as key elements of its activities. 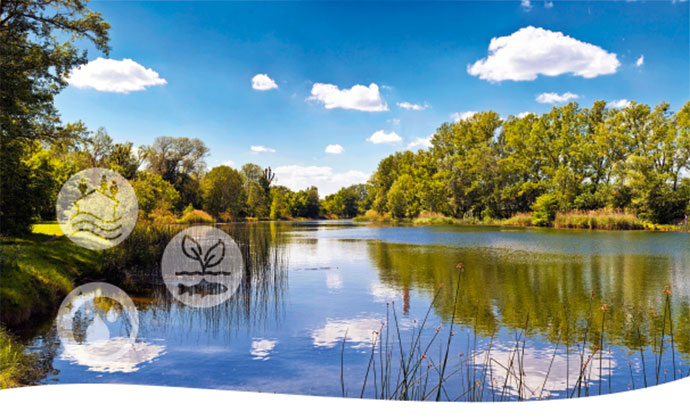 Danube Watch: One of your three main priorities is the promotion of the ICPDR’s adaptation strategy to climate change. What actions do you foresee as necessary to achieve this? Could this help to stimulate discussion at a global level?

The historic Paris Agreement under the UN Framework Convention on Climate Change (UN FCCC) in 2015, along with the latest Conference of the Parties (COP 23) held in Bonn, underline the urgency of taking further steps towards both the reduction of greenhouse gas emissions and timely adaptation to climate change. When the ICPDR adopted its Strategy on Adaptation to Climate Change in 2012 it was one of the first river basin commissions worldwide to respond to climate change with its own adaptation strategy.

One cornerstone of the ICPDR Adaptation Strategy is its knowledge-base, which was created following a comprehensive study of the Danube, elaborated and now updated by Prof. Mauser and his team at the Ludwig-Maximilian-University (LMU) Munich. In March 2018 the ICPDR organized a Workshop on Adaptation to Climate Change in Belgrade. This workshop served as a platform to present and discuss the results of the updated study and, at the same time, marked the transition from study to strategy, allowing us to draw initial conclusions on the major issues for the updated strategy.

By the end of 2018, we will have produced an Interim Report on the Implementation of the second DRBM Plan. This will summarize the progress made and highlight the remaining challenges. With this Interim Report, we intend to reach a broader public and further increase the visibility of the ICPDR by focusing on ten key messages.

Danube Watch: Your second priority is the further implementation of the existing plans and preparation of their updates in 2021. What challenges do you expect to encounter? What are the opportunities?

We have made considerable progress since the Water Framework Directive and the Flood Directive entered into force in 2000 and 2007 respectively. In general, the approaches and instruments are tried and tested now and we can see the first results. Nevertheless, the remaining challenges are huge. We know that we need the necessary human and financial resources for additional measures, but we also realize that we need more time; not only to plan and implement measures, but also to prove that these measures have a lasting effect.

Our aim is to generate understanding and support for our work, as well as for the needs of Integrated Water Resource Management.

Danube Watch: You have made sustainable cross-sectoral cooperation and knowledge transfer – one of the underpinning pillars of the management plans – the third priority of your presidency. Are there any specific areas that you believe deserve more attention than others and what are they?

The ICPDR has a long tradition in reaching out to other policy areas and integrating water management issues in these sectors. The “Joint Statement on Navigation and Environment”, the “Guiding Principles on Sustainable Hydropower” and the “Strategy on Adaptation to Climate Change” are successful examples of the ICPDR’s integrated approach. The ongoing work on a “Guidance Document for Sustainable Agriculture and Land Management”, the Sediment Project and the Floodplains Project, along with the preparatory work for a “Danube Hydrological Information System”, clearly show that we intend to take the next steps towards truly integrated water resource management. I would also like to mention the “ICPDR Sturgeon Strategy”, which is a comprehensive overview document on sturgeon activities and the role of ICPDR. I would not say that one specific area deserves more attention than any other, but there is certainly a close interdependency between agriculture and water, thus making agriculture one of our most important partners.

In addition, I would like to continue and, wherever possible, strengthen the exchange of experiences between our countries. There will be a series of workshops, organized by our Expert and Task Groups, dedicated to these specific issues in the implementation of the Water Framework Directive and the Floods Directive which have already been identified as a problem for several of our countries. In my opinion, these workshops are another example of the spirit of solidarity which characterizes the ICPDR as the “Danube Family”. These workshops as well as ongoing bilateral capacity building activities will facilitate technical exchange and knowledge transfer, both of which are of particular value in a basin comprising of EU- and Non-EU-Member States.