Working together under the Danube River Protection Convention shows that outstanding cooperation is possible when there is a clear vision of shared objectives. 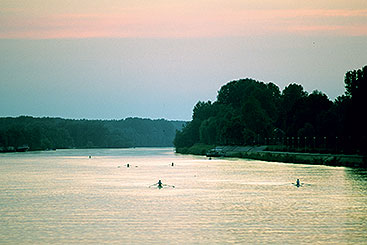 Over the centuries, the Danube River and its tributaries have had great importance in the daily lives of citizens of the Republic of Croatia. Water is still – perhaps today more than ever – one of the inevitable and inexhaustible concerns for sustainable development and economic growth. Awareness of the importance of the Danube and the need to protect it, in spite of economic and development pressures, motivated the Republic of Croatia to be one of the earliest countries to sign the Danube River Protection Convention.

Croatian experts from the Ministry in charge of water management as well as from the Croatian water management agency Croatian Waters have participated in the ICPDR’s Expert Groups and Task Groups from the first meetings of these groups. In particular, activities related to the preparation of the Danube River Basin Management Plan were extremely important for the preparation of the first River Basin Management Plan for the Republic of Croatia.

Responding to the basin’s needs. Preparations are now under way for a second sixyear planning cycle of the Croatian River Basin Management Plan, which enables the implementation of very demanding waterrelated acquis, in particular the protection of water and water-dependent ecosystems including the Danube area. In compliance with the obligations of the Danube River Protection Convention and confirmed by the Joint Declaration of the Ministers of the Danube and Black Sea countries, the Republic of Croatia proclaimed the Danube River Basin a sensitive area because of the eutrophication of the Danube Delta. As a result, the Croatian River Basin Management Plan calls for more advanced waste water treatment with nitrogen and phosphorus removal for all agglomerations larger than 10,000 population equivalents. These obligations will be fulfilled through the Implementation Plan for Water Utilities Directives, which contains agreed activities and deadlines for implementing two of the costliest EU water directives: the EU Urban Waste Water Treatment Directive and the Drinking Water Directive.

In the past 20 years under the umbrella of the Danube River Protection Convention, much progress has been seen in linking the Contracting Parties on common issues such as flood defence and early warning systems. Furthermore, activities such as Danube Day celebrations and the Joint Danube Surveys have highlighted the role of public participation and promoted the work of the ICPDR on a national and international level.

Croatia has always seen the Danube River Protection Convention and the ICPDR as the platform where EU and non-EU countries work together to achieve a common goal: to ensure the good status of water in the basin, not just for today, but for future generations. Working together under the Convention clearly shows that outstanding cooperation is possible despite differences between countries when there is good will and a clear vision of common goals.

Next: Bosnia and Herzegovina - Celebrating the basin’s diversity