In 2015 significant parts of the Danube River Basin were affected by droughts which negatively impacted different water-dependent economic sectors, vegetation and the aquatic environment. This is the latest of a series of drought events which occurred in Europe during the last decade. 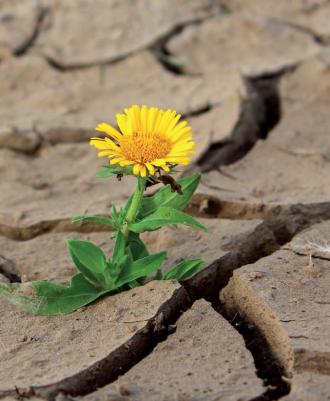 In summer 2015, similarly to the summer of 2003, a large part of continental Europe was affected by a severe drought. Significant drought phenomena were experienced in Austria, Bosnia and Herzegovina, Croatia, the Czech Republic, Germany, Hungary, Moldova, Serbia, the Slovak Republic, Slovenia and Ukraine. As a consequence of the combination of rain shortages and very high temperatures, plant water requirement levels rose dramatically.

Given the newly recurring character of droughts, efforts are being made by the ICPDR and its 15 contracting parties to devise strategies that aim to decrease the vulnerability of people in the basin facing such situations. Thus, in light of the 2015 droughts in the Danube River Basin, the ICPDR is releasing a report which provides an overview on the main characteristics of the meteorological and hydrological situation during 2015 in the Danube River Basin.

While many people consider droughts to be rare, they are in fact a normal and recurrent natural hazard and feature of the climate. Drought events are regional phenomena, affecting transnational water management. Unfortunately, they have a high damage potential: economic losses, ecological damages, and implications on human health. In recent years, concern has grown world-wide that droughts may be increasing in frequency and severity given the changing climatic conditions. Droughts are occurring more frequently and their impact on all sectors is more intense, affecting both economies and societies.

The report summarizes the main impacts on water-related sectors and includes an overview of measures which were taken by the individual Danube countries. Based on the analysis of the situation and the discussions derived from it, lessons learned and conclusions for the Danube basin wide and national level were agreed which are summarized in the final chapter of the Report.

The ICPDR Drought Report 2015 can be can be downloaded here: http://icpdr.org/main/issues/droughts