Slovenia covers a territory of 20,273 km² and is home to just over 2 million people. It is a diverse country in terms of its landscape and climate, since it is located at the meeting point of four major European geographical regions: the Alps, the Dinaric Mountains, the Pannonian Basin and the Mediterranean. 81% of the country lies in the Danube Basin, making up 2% of the entire Danube catchment area. 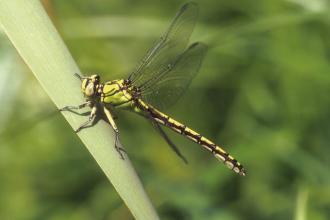 Two major Danube tributaries flow through the country, namely the Sava (along with its tributaries, the Kolpa and the Savinja) and the Drava (and its tributary, the Mura). Slovenia has been a Signatory Party to the Danube River Protection Convention since 1994.

Slovenia is an upland country with around 90% of its surface situated at or above 200m. It has exceptional landscape diversity due to its location at the convergence of four geographical regions. These conditions also result in a very rich variety of plants and animals. Similarly, Slovenia’s climate is diverse: a temperate continental climate in the central and eastern region; an alpine climate to the north-west and a sub-Mediterranean climate along the coast. This diverse climate leads to major differences in the amount of rainfall received across the country, with the highest levels in the Dinaric-Alpine zone, with more than 2,600 mm annual rainfall in the upper Posočje and Mount Snežnik areas. Mean annual temperatures in the majority of the country are 8-10°C and recent decades have shown warming temperatures. The country is divided into two catchment areas by the Adriatic Sea – Black Sea watershed, with the vast majority (81%) belonging to the Danube catchment area. The total length of the river network is 26,989 km, with the significant rivers being the Mura, Drava, Sava, Kolpa and Savinja, all located within the Danube Basin. Watercourses are short and generally networks are dense, with only 46 longer than 25 km (22% of the network).

Just over one third of the country is used for agriculture (mainly in the north-east), with most of the remainder being forest with some woodland scrub areas (making it the third most forested country in Europe after Finland and Sweden). Only 2.7% comprises built-up areas. Small settlements make up the majority of housing, with half containing less than 100 inhabitants. Ljubljana is the only city with more than 100,000 inhabitants.

Slovenia has experienced a major concentration of population and economic activities over the last 60 years. In particular, the Pannonian and Alpine plains have seen major increases in population density. The basins and valley bottoms are favourable for agriculture, construction of transport infrastructure, expansion of industry and settlements. However, the increasing population density has also meant increasing environmental pressures in these areas. In addition, the high concentration of the country’s population in certain areas means that a significant share of Slovenes now live in areas exposed to flooding. About 30 extensive flood areas (approximately 237,000 ha) are found in the wide valleys. In terms of drinking water availability, groundwater supplies greatly exceed surface water supplies and are the most important source of drinking water in Slovenia, supplying approx. 97% of the population. Slovenia currently has sufficient water resources to provide a continuous drinking water supply to its population, although its supply will become a limiting factor in some areas due to increasing water consumption and anticipated development. Water Protection Areas have been defined to protect key aquifers and now cover almost a quarter of the country.

Groundwater resources are under most pressure in the north-eastern lowland areas of Slovenia. 2005 data indicates excessive pollution in groundwater bodies in the Drava and Mura Basins. Critical pollutants, which significantly contribute to this pollution are, desetilatrazine, nitrates and atrazine. Concentrations for atrazine and desetilatrazine are generally declining, indicating that the ban on the use of products containing these substances has been effective. Individual areas still indicate an increasing and alarming trend for nitrogen pollution. Two other major groundwater bodies in alluvial aquifer systems (the Krško Basin and the Sava Basin with Ljubljansko barje) exhibit significant loads and local hotspots, but results from the existing regular monitoring programme indicate good chemical status (using EU Water Framework Directive methodology). The highest quality areas occur in the karst and fractured aquifers, mainly in the less populated upland areas. In 2005, good chemical status was recorded for seven groundwater bodies and estimated in four others.

With regards to surface waterbodies, out of 155 waterbodies, good chemical status has been established for 73 monitoring sites, while poor status is seen in 15 sites. In most cases, poor chemical status was the result of limit values being exceeded for phenolic substances, absorbable organic halogens (AOX), metolachlor, anion active detergents and pesticides. Limit values for mineral oils and polychlorinated biphenyls (PCB) were also exceeded in some monitoring sites. The major source of surface water pollution is point sources (emissions from industrial and communal wastewaters and rainwater from urbanised areas). When considering still or slow-flowing surface waters, the occurrence of eutrophication due to excessive amounts of nutrients is a significant problem.

Accumulation of phosphorous and nitrate nutrients, along with resultant eutrophication, is the main issue affecting permanent natural lakes in Slovenia, such as Lake Bled and Lake Bohinj. In 2005, total phosphorus levels in all central and north-eastern retention basins exceeded 100 µg/l, characteristic of hypereutrophic lakes. The levels of nitrogen compounds also points to excessive nutrient loads. Poor chemical status was identified for Lake Ledavsko Jezero where cadmium and metolachlor exceeded the limit value. In other retention basins, chemical status was evaluated as good.

For more detailed information and statistics on the above, as well as key web links, download the fact sheet below.

The wettest areas of Slovenia receive as much as four times the amount of rainfall recorded in the dryer parts. The upper Posočje area is one of the rainiest areas in Europe. The intensity of precipitation here is exceptional: in a single day, 400 mm of rainfall has been recorded, with a remarkable record of more than 100 mm in one hour.