8th March 2022, VIENNA – The ICPDR has announced Birgit Vogel as its new Executive Secretary. Ms. Vogel will be taking on the role later this year following the retirement of Ivan Zavadsky after nearly a decade in the role. 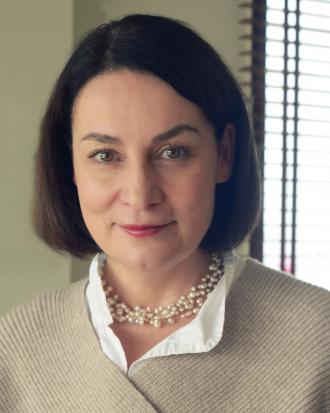 Previously having served as Technical Expert for River Basin Management for the ICPDR, Ms. Vogel has an impressive background in river basin management. Her experience has taken her from the Mekong River in Southeast Asia to the waters of India, and back to her home country of Austria.

Birgit is a water resources manager by education bringing along a very elaborated intercultural and international work experience in river basin management. Over more than 20 years, she has worked across Europe, India, South-East Asia, China, Africa, and the South Caucasus, covering many transboundary river basins like the Danube, Mekong, the Ganga, the Okavango and many more. In fact, Ms. Vogel has been a part of the Danube family before, having served for 5 years as Technical Expert for River Basin Management at the ICPDR Secretariat. Additionally, she was a core team member during the first Joint Danube Survey.

Away from the ICPDR, Ms. Vogel previously worked for the Secretariat of the Mekong River Commission, where she tackled coordination matters including mainstream hydropower development and possible transboundary impacts. Her last post was in Delhi with GIZ India, within an EU and German BMZ co-financed action. In this position, she successfully supported the EU to strengthen the India-EU Water Partnership and the joint water policy dialogue regarding the challenging management of river basins of India. Along the way, she’s gathered very good skills in leadership, coordination, management, and negotiation, which will support well-informed decision making in the diverse environment of the Danube.

She’s looking forward to bringing in her in-depth knowledge, skills, and visions to further support the contracting parties of the ICPDR in transboundary cooperation towards a cleaner, healthier, and safer Danube River Basin.

The entire staff of the ICPDR Secretariat would like to congratulate Ms. Vogel on her appointment!