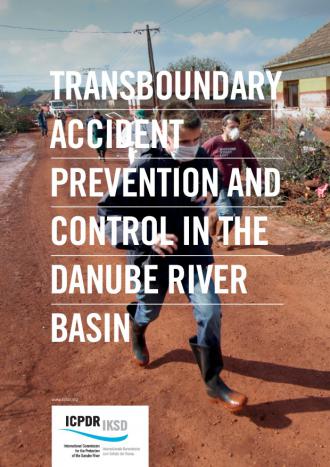 The ICPDR recently published an informative summary report on accident prevention and control for dissemination to the interested public. It highlights the ICPDR activities on basin-wide level for accident prevention and emergency management, focusing on the tools, pragmatic procedures and mechanisms that are available for the countries.

The "Accident Prevention and Control in the Danube River Basin" is an illustrative technical report aimed at helping the public understand the importance of accident prevention and control in the work of the ICPDR. The dramatic accidental pollution events that occurred in the last two decades well demonstrate the need of coordinated actions for both, early warning and accident prevention.

This report explores the pollution issue by hazardous substances in the Danube River Basin. Hazardous substances (HS) are defined as substances that are toxic, persistent, and prone to accumulate inside living organisms. These substances cause concern by potentially influencing aquatic organisms and humans' hormones or immune systems.

While hazardous substance pollution is one of the significant management issues, aka SWMIs, relating to the future for the waters of the Danube River Basin, the knowledge of the amount and sources of pollutants is insufficient and inaccurate. This lack of information makes determining and implementing control measures especially difficult. Among these issues, accidental pollution poses an even bigger challenge.

Industrial facilities, mining areas, and contaminated sites that store, process, or produce such substances pose significant risks to water contamination by accidental hazardous spills. These hazardous spills are often caused by emergencies such as extreme weather hazards and operational failures and can negatively impact  ecosystems, population, and economy of the affected areas and even regions further downstream if the contaminants reach river systems.

In the last two decades, the surface water bodies of the Danube River Basin have been severely impacted by incidents such as the 2000 cyanide spill at Baia Mare in Romania and the 2010 red mud spill at Ajka, Hungary. The Baia Mare cyanide spill impacted both the Danube and Tisza rivers leading to the death of an estimated 650 tons of fish in Hungary, Serbia, and Romania. The spill has been considered one of the worst environmental disasters in Europe since the Chernobyl disaster. During the mud spill in Hungary, a corner of a dam reservoir collapsed, releasing approximately one million cubic meters of liquid waste from red mud lakes. The mud flooded several nearby villages and towns, in which 10 individuals were killed and 150 were left injured. The spill eventually reached the Danube's waters.

Both of these events demonstrated the catastrophic consequences of such spills and the utmost importance of the need for adequate safety measures. In order to prevent, control, and mitigate adverse consequences of accidental transboundary pollution, the ICPDR has developed this Accident and Prevention and Control report.

The report highlights ICPDR activities on a basin-wide level for accident prevention and emergency management, focusing on the tools, procedures, and mechanisms that the ICPDR has developed and implemented.