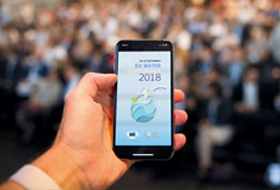 The 5th European Water Conference took place on 20-21 September 2018 in Vienna and was jointly organised by the European Commission's Directorate-General for the Environment and the Austrian EU Presidency. The aim of the conference was to review progress on the implementation of EU water legislation.

Around 400 representatives from EU countries, stakeholder groups from relevant economic, social and environmental sectors, the European Commission, the European Environment Agency and other EU institutions had the opportunity to exchange ideas and experiences concerning the next water planning cycles. The ongoing Fitness Check for the Water Framework Directive, its associated Directives and the Floods Directive, along with the evaluation of the Urban Waste Water Treatment Directive (UWWTD) were also discussed.

The main objective of EU water legislation is to achieve good status of the EU's water resources. On 3 July, the 2018 State of Water Report from the European Environment Agency was published. This was followed in November by a new comprehensive assessment of the state of implementation, which included a Commission report on the EU Member States' second River Basin Management Plans and first Flood Risk Management Plans. 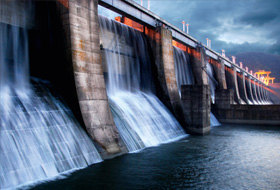 The signing of the funding agreement between the ICPDR and DG REGIO will enable the further development of a feasibility study that aims to identify measures to preserve fish stocks on the Romanian-Serbian border.

This action is an important step in the ongoing efforts to achieve one of the central objectives of the EU Strategy for the Danube River: saving the beleaguered Danube sturgeons from extinction. Despite its longevity, this iconic fish is considered to be one of the most endangered species in the world.

The hydroelectric power plants Iron Gates I and II are the largest dams on the Danube River and are jointly managed by Romania and Serbia. The dams provide vast amounts of sustainable hydropower for the region and also make navigation both easier and safer on the Danube. However, the disruption they cause to the river’s continuity constitutes a serious obstacle for migratory fish, including not only the sturgeon species, but also the Danube salmon and the European eel.

Faced with the issues of loss of biodiversity and habitat degradation, stakeholders and international experts have joined together to raise awareness of the need for ambitious fish conservation measures. To this end, the 2020 target for the EU Strategy for the Danube Region, the EU Water Framework Directive, the EU Habitats Directive and the Bern Convention provide a framework for the development of specific conservation measures.

The feasibility study, supported by the European Commission, aims to further harmonise and strengthen these initiatives. The first phase of the study ran from 2011 to 2016 and facilitated dialogue between the ICPDR, relevant stakeholders, and the European Commission (represented by DG REGIO and DG ENV). The project is now entering its second phase. This entails a feasibility study, with a budget of €400,000, which is expected to run until 2020. The third and fourth phases will consolidate technical design and are planned for 2021-2023. Implementation is planned for 2024 onwards. 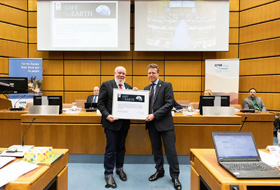 On 12 December 2018 the WWF presented a Gift to the Earth, its highest award, to the ICPDR at a ceremony at the UN in Vienna.

Andreas Beckmann, Managing Director of the WWF Danube-Carpathian Programme, praised the ICPDR, by saying that the WWF had awarded the ICPDR a Gift to the Earth, its highest award, in recognition of the transformational role that it has played in promoting and securing clean flowing rivers as well as healthy habitats and species in the Danube River Basin. He emphasised the fact that the ICPDR was “a model for integrated river basin management across the world’s most international river basin.”

Helge Wendenburg, the current President of the ICPDR, said that he was honoured to receive the award on behalf of the ICPDR and went on to stress that although the focus of the ICPDR is on the Danube River Basin, many of the issues dealt with by the organisation, such as water quality and freshwater conservation, are global issues that affect everyone. Concluding his speech, Mr Wendenburg said that he hoped that the benefits the ICPDR brings to the Danube River Basin would also be shared by all the people in the world and said that the ICPDR was very happy to be working with a global organisation like the WWF that shares the same values as the ICPDR. 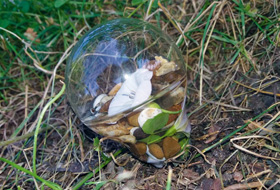 On 29 October 2018, the winner of the ‘International Danube Art Master 2018’ competition was announced by Susanne Brandstetter, Chairperson of the Public Participation Expert Group for the ICPDR. The winner was 17-year-old Ion Zatic from Moldova.

The title of Ion’s winning artwork was Everything that man touches is transformed into a closed ecosystem! A student at the Corjova School in Moldova, Ion is concerned about the damage caused to natural habitats by industrialisation and urbanisation. His creation appeals for everyone to put more efforts into preserving existing natural ecosystems instead of creating artificial ones.

Second place went to 13-year-old Anais König, a student at the Lycée Français in Vienna Austria, for her project Inspired by the Danube, and third place was awarded to Sara Đuka, Tamara Petrović and Marija Rašković from Prva Beogradska Gimnazija, Belgrade, Serbia for their project entitled Play by the Danube.

Video category The video category was won by the short video "We are Danube" created by Katarína Kováčová, Agáta Klimešová, Denis Gerža and Linda Várošová from the Design School in Bratislava. Their message is that the Danube is an important natural habitat for countless species of animals, plays a significant role in people’s lives and creates a strong bond between the countries that share the Danube; a bond that people should appreciate and cherish.

Second place in the video category was awarded to a group of 8th and 9th grade students from the Georgi Benkovsky Comprehensive school in Teteven Bulgaria for the cleaning and restocking of the Bely river with baby trout for a healthier Danube.

Third place was awarded to a team of international School exchange students from the Anton-Bruckner-Gymnasium in Straubing, Germany and Brucknergymnasium Wels, Austria for their video, Donauforscher (the Danube Researchers) which deals with the subject of water pollution caused by microplastics.

Next: Danube Watch 3/2018 - Transnational Cooperation for Sediment Management in the Danube River