The strategic relevance of the DriDanube project in the Danube region

The DriDanube project – Drought Risk in the Danube Region – is the first drought-related project to be supported by the Danube Transnational Programme with the objective of bringing together 23 partners from ten countries for a period running from January 2017 until June 2019. It aims to increase the capacity of the Danube region to adapt to climatic variability by managing drought related risks. Its main objective is to support a shift in the Danube region from reactive drought measures, dealing mainly with losses and damage, to a more proactive strategy. The primary aim of the project is to engage the main stakeholders, raise awareness of drought issues and to develop and upgrade new and currently existing approaches for better drought monitoring. Early warning, risk and impact assessment, reaching out at policy level and making changes to the overall policy framework of drought management are also important components of the project.

Drought management in the region is currently inadequate and operates in a purely reactive mode. Cooperation among key stakeholders is therefore sadly lacking with formal legislation scattered and mostly nonexistent. Drought response is poorly coordinated and there is no effective cooperation between the various sectors.

The DriDanube strategy aims to address these challenges by providing clear guidance for overcoming the gaps in the drought decision-making processes and encouraging broader commitments to integrate drought management into existing legal frameworks. However, it can only work, if political support is ensured. 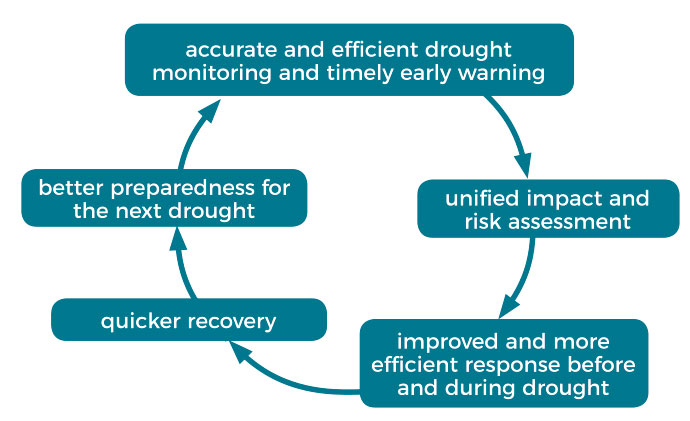 The main policy instrument for drought management still remains the Water Framework Directive (WFD) and an “EU Drought Directive” doesn’t currently exist. Although the WFD does contain several provisions for dealing with the quantitative aspects of water scarcity and drought problems, legally binding requirements focusing specifically on solving drought issues are not included in the Directive. Despite this fact, the WFD is still a flexible instrument, enabling the integration of drought issues within the context of integrated water management. In accordance with Article 4 of the WFD, the preventive and mitigating measures needed to reduce drought impacts can and should be included in river basin management plans (RBMPs). Furthermore, Article 13 (5) of the WFD strongly recommends that drought management plans also be included, but this is not obligatory. RBMPs are a natural environment for the implementation of drought management and a special guidance document has therefore been developed as part of the Integrated Drought Management Programme in the CEE. The preparation of the Drought Management Plan as part of the RBMP includes climate change adaptation strategies for drought and water scarcity as an integral part of other measures. 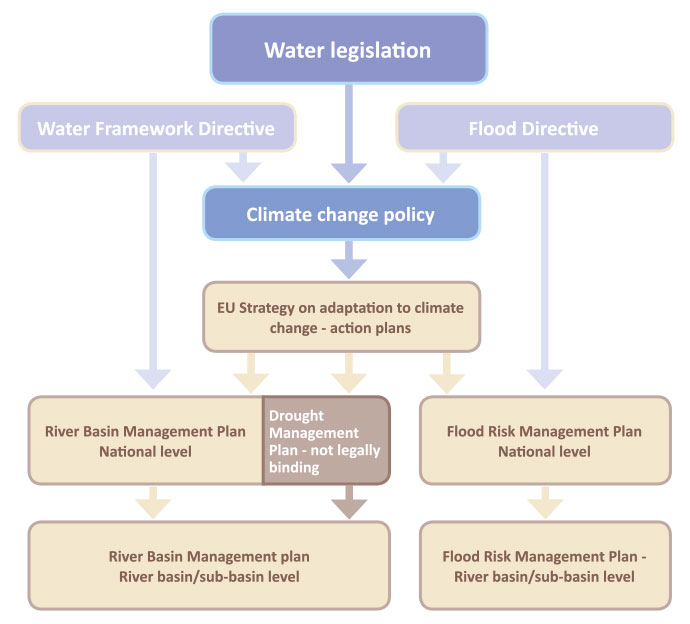 For the majority of the Danube countries droughts are still not considered as SWMI (Significant Water Management Issues) in their River Basin Management Plans at national level. Following the last two significant droughts in the region, in 2015 and 2017, a number of countries have made significant progress towards a more systematic and integrated approach towards drought management; a recent example of this can be seen in Slovakia, which presented a draft for its Drought Action Plan in October 2017.

Contribution to the ICPDR’s mission
Following the serious drought events in the Danube region in 2015 and in 2017, the ICPDR made the decision to place greater emphasis on drought issues, and the “DRBM Plan – Update 2015” has a special chapter dedicated to water scarcity and droughts in the region. Even though water scarcity and drought was not considered a basin-wide issue at the time, the ICPDR Ministerial Declaration 2016 asked the ICPDR to maintain its activities on expanding the knowledge and facilitating the exchange of information on best practice examples and progress in research.

In 2015, the ICPDR published the “2015 Droughts in the Danube River Basin Report” which presents the main characteristics of the meteorological and hydrological situation during 2015 and summarizes the main impacts on water-related sectors, including an overview of measures taken by the respective Danube countries. Analysis and discussions lessons learned and conclusions for the Danube basin and at national level are summarized in the final chapter of the Report.

The ICPDR recognizes the importance of the outcomes of DriDanube for its own activities and has joined the project partnership as an Associated Strategic Partner. The ICPDR’s involvement will enhance the exchange of knowledge and information with water management authorities and relevant stakeholders in the Danube region and will also increase technical capacities. It will help to elaborate more targeted water management policies, taking into account water scarcity and drought phenomena. The results will be collated and used as inputs for further strengthened River Basin Management Plans – the 3rd DRBMP and the 2nd Danube Flood Risk Management Plan (DFRMP) – within the framework of the EU WFD and other relevant areas of water management policy.

In terms of activities on the Danube at a basin-wide level, it is foreseen that the issue of droughts and their impacts will play a significant role in the framework of the updated ICPDR Strategy on Adaptation to Climate Change planned for the end of 2018.

Contribution to EU Strategy for the Danube Region
The most important results of DriDanube are expected to be improved drought management and better cooperation among the different sectors impacted by droughts. Drought is no longer primarily associated solely with the loss or reduction of agricultural production. Today the occurrence of drought is also connected with significant impacts on energy, transportation, tourism, biodiversity and many other sectors, all of which are equally important for the whole Danube region. Climate change models predict an increase in temperatures, uneven distribution of rainfall and more extreme weather events. DriDanube will therefore contribute through closer cooperation among relevant institutions and sectors in the region, with strong political support, to ensure a better prepared and more resilient Danube Region. 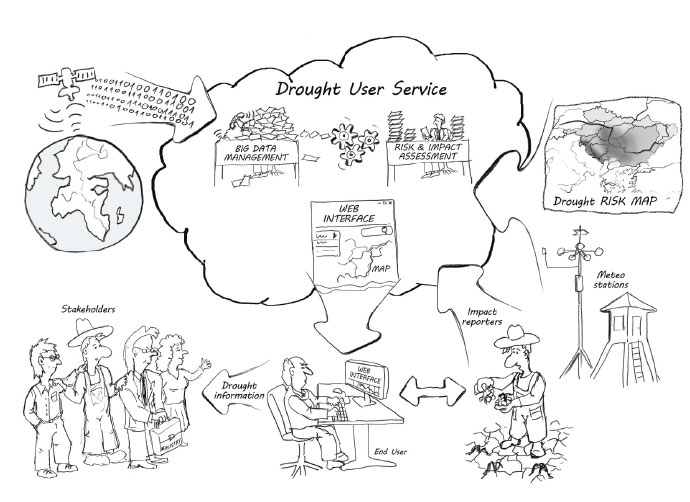