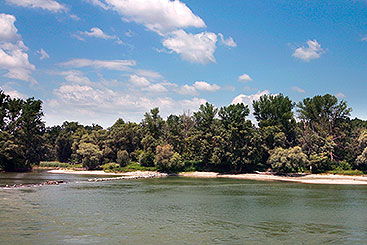 At the sixth session of the Meeting of the Parties (MoP) held in Rome 28 to 30 November 2012, some 330 participants – representing parties to the convention and non-parties from countries outside the region as well as NGOs – adopted a decision to simplify the procedure for non-UNECE countries to join the Water Convention.

Any future request for accession will be considered as approved by the MoP once the relevant amendments to the Water Convention enter into force for all the parties that adopted them in 2003, which is expected to happen by the end of 2013. Nearly all ICPDR countries are parties to this convention, and several countries outside the UNCECE region, including Iraq, have already expressed their interest in becoming parties. Two further decisions on cooperation – with the GEF and UNESCO – will strengthen synergies with global partners.

Guiding the future of the convention. The MoP session also established an implementation committee to render practical case-tailored assistance to prevent water-related disputes and support parties in their efforts to implement the convention. The nine committee members represent a good balance of water management and legal competences, and the Danube region is represented by members from Bulgaria, Germany and Slovakia.

Italy will chair the UNECE Water Convention for the next three years, and the newly elected Bureau, the steering body between the MoPs, includes three members from Danube countries: Hungary, Germany and Serbia.

Looking at today’s challenges. At the MoP session, parties adopted the new programme of work for 2013–2015. Work on support to implementation and accession, national policy dialogues as well as adaption to climate change in transboundary basins will remain the cornerstones of the work under the convention. In addition, to answer today’s challenges, new areas of work were included such as quantifying the benefits of transboundary cooperation and a thematic assessment on the water–food–energy–ecosystems nexus.

There is potential for further mutually beneficial cooperation and transferring ICPDR experience in these fields, for example in the Task Force on Water and Climate, where experiences and lessons learnt will be exchanged and promoted including the development and implementation of the ICPDR adaptation strategy.

Heide Jekel (Germany) and Maria Galambos (Hungary) are both members of their countries’ ICPDR delegations as well as Bureau members of the UNECE Water Convention.

Next: Presidency 2013: Bosnia and Herzegovina – diversity for the river basin