The ICPDR’s Accident Emergency Warning System has been improved and upgraded to provide better information to countries about dangerous pollution in the event of an emergency. 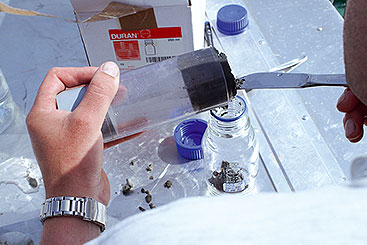 In order to be prepared for accidents it is necessary to watch the river continuously. The new AEWS integrates a database of dangerous substances to help national authorities put environmental protection and public safety measures into action.

The morning of 4 October, 2010 began as a typical Monday: alarm clocks and cups of coffee – stories about the weekend. But just 20 minutes after noon, all of that changed and this ordinary day in the Danube River Basin turned dangerous. A dam broke at Mal Ltd, an aluminium factory near Kolontár, Hungary, releasing 1.5 million cubic metres of alkaline red sludge, killing ten people and contaminating hundreds of hectares of agricultural land.

“We were fortunate in our country that we could hear about it right away,” says Septimius Mara, senior councillor at the Ministry of Environment, Romania. “The mass media hadn’t yet reacted and I remember we were trying to locate the site and find out where it was going. We sent a request for information to Hungary and then we immediately sent warnings to all the downstream countries that were going to be affected.” Mara and his colleagues kept in touch with their counterparts all along the river through the ICPDR’s Accident Emergency Warning System (AEWS).

Sending a warning downstream. The AEWS provides early information about river pollution accidents to all countries that will be potentially affected. The AEWS is activated whenever there is a risk of transboundary water pollution, or when threshold danger levels of hazardous substances are exceeded. The system’s warning messages to downstream countries help national authorities put environmental protection and public safety measures into action. After being informed by Hungary over the AEWS, by the morning of 5 October, most downstream countries (Slovakia, Croatia, Serbia, Romania and Bulgaria) began extensive monitoring of the Danube River and over 70 messages about the status of the river were shared through the AEWS in the following two months.

“The AEWS was very effective not just to overcome language barriers, but this event also proved that the system needed a bigger capacity to exchange information – reports or other data about river quality,” says Mara.

The warning system, launched in 1997, was upgraded to a web-based system in 2003, but after serving well over ten years, the application became technically outdated and unmaintainable. It was necessary, therefore, to re-implement the system, and this re-implementation provided an opportunity to make some improvements to the software. The new version, which launched on 1 March 2013, is developed using Open Source software components, which enhances the system with modern web technology and simplifies it for users.

The Danube Accident Emergency Warning System (AEWS) is a web-based messaging tool for international coordination organised by the ICPDR. In the event of an accident on surface waters with a possible transboundary impact, Principal International Alert Centres (PIACs) share relevant information: the respective PIAC submits a message by filling in a form for the specific situation. All relevant PIACs – primarily those located downstream of the accident site – are then automatically and instantly notified by SMS and e-mail and can view the full message on the web. Automatic translations of predefined boiler plate phrases and structured forms enable all users to create or view messages in their own national language. The system can also be used for further communication on the accident. 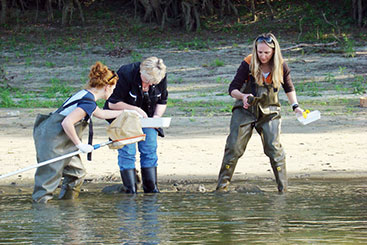 Consolidating information. One of the major changes to the AEWS is how all the relevant information is brought together. In the old system, messages were scattered and users had to go through all the incident messages to find the information they needed. In the upgraded system, reports can be updated with additional information, while keeping everything in one incident report. In addition, the new system allows users to comment on reports, and upload attachments (such as photos, maps or spreadsheets) which can all be found in the report itself.

The upgraded AEWS includes specific functions for transboundary incidents. If pollution moves from the first affected country to a second country and is expected to impact a third country, the second country must add their report for the same incident. All reports are available on the same incident page, and the incident can be closed only when the reports for each country have been closed.

Easier to use. The new AEWS has a simpler start page for easy navigation and highlights the relevant information and required actions for each PIAC. The report forms have been streamlined and simplified giving focus to essential information. Finally, the new system integrates a database of dangerous substances and interactive maps to display incident locations and help understand the potential impact of an incident.

“We can see the capabilities of devices like tablets and smart phones and it is easy to share what you’re doing in real-time,” says Mara. “The next step would be great to integrate the system into the overall activity of the ICPDR, including identifying pollution hotspots.”

Putting experience to use. The new system was tested intensively and testing concluded with a large-scale test on 21 January 2013, simulating scenarios of pollution in five river stretches moving downstream through several countries. The tests, which involved all PIACs sending a warning message and confirming receipt of a report, proved the functioning of the new system and the readiness of all PIACs to use it. It also helped fine-tune the user-interface. Regular tests of the system will continue to take place in the future.

“The system evolves and everything can be made better, not just the software,” says Mara. “The experience and the performance throughout the years and the lessons learnt from previous accidents show us that without prevention and preparedness for these kinds of accidents, the warning system itself wouldn’t work very well.”

Next: Climate change adaptation strategy for the Danube Basin adopted