Adapting to the challenges of climate change: a voice to be heard

Dr Roswitha Stolz has dedicated her academic career at the Department of Geography (Chair of Geography and Remote Sensing) at the Ludwig Maximillian University, Munich (LMU) to the pursuit of ensuring clean and sustainable water resources. She was an important member of the Regional Assessment of Global Change Impacts (GLOWA-Danube) project from 2001 until 2011 and has been involved since 2016 as a scientist in the ICPDR Climate Change Adaptation Strategy. We caught up with her recently to ask her about her work and aspirations. 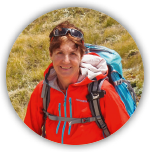 What is your personal relationship to the Danube River? When did you first become involved in safeguarding its future?
I grew up in southern Bavaria on the Danube, which has always been seen as the region’s “border”. The first time I experienced the Danube was through rowing, when we went down the Danube from Passau to Vienna in a rowing boat. This was an outstanding experience, because in a small boat you get so much closer to the river than you can on land; not just to its beauty, but also to its problems and vulnerability.

I first got involved in the future of the Upper Danube River Basin during the GLOWA-Danube project. The project was launched by the German Ministry for Education and Research (BMBF) as part of the Global Change of the Water Cycle (GLOWA) initiative. GLOWA was the first time a project had been specifically aimed at systematically exploring integrative and transdisciplinary scientific approaches to identify decision alterations for regional adaption to climate change. GLOWA Danube was just one of many projects, all dealing with different catchments in Africa, the Middle East and Europe.

GLOWA-Danube was the first project to pursue the ambitious goal of fully exploring the interactions between nature and society in the context of global change (climate, demography, economy etc.).

The ICPDR is making a great deal of effort in trying to bring the public on board regarding its work. How do you as a university scientist and senior lecturer see your role in bringing the river and its well-being to your students? How successful are you in achieving this?
Hydrology is an important part of Physical Geography. One of the major goals in teaching hydrology is to make the students understand that water is not just caring about administrative borders. In hydrology we have to think in terms of the catchment scale. In a catchment, a large number of parameters and factors interact to determine the hydrological cycle. At first glance, the formula for the water balance looks very simple, but as soon as students start to deal with quantifying the different terms, they also start to understand the complexity. I use the Danube (especially the upper Danube) as an example. It’s always helpful to deal with an area which is on your "doorstep". The biggest success in familiarising the students with the Danube and its well-being are fieldtrips; a recent ten-day fieldtrip along the Bavarian and Austrian stretch of the Danube was especially successful in helping the students to understand the river and its systems. 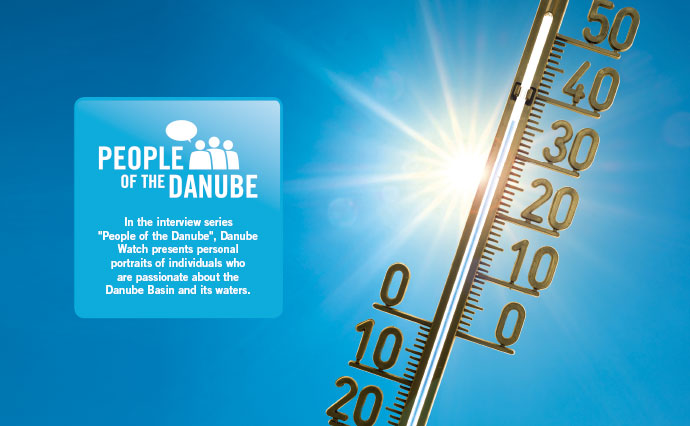 You are heavily involved in the ICPDR Climate Change Adapation Strategy, how do you feel about leading such a pioneering project?
For me it is a very inspiring task, but also a major challenge. Of course, it‘s not only me working on this project. We are a team at the LMU and we work together very closely with the experts from the ICPDR. I also find it very challenging because this project is different from the research projects I have been involved in up to now. But that’s what makes it so exciting. The work is aimed at giving countries, regions, and even groups of citizens, support on how to adapt to the challenges of climate change.

What do you foresee as the greatest challenges facing the Danube River Basin in the short, medium and long term?
Climate change is not simply a problem for the distant future. It is already taking place. The increasing frequency of extreme events, especially the strong seasonality of precipitation (wetter winters and dryer summers), will be a major challenge for the near future. In the long term, dealing with securing water availability, water quality and transboundary cooperation are just some of the new challenges the countries bordering the Danube will face. As mentioned before, water is not just about political or administrative boundaries. Dialogue and cooperation between riparian, upstream and downsteam regions across borders are also crucial.

Maybe the concept of “benefit sharing” borrowed from the Nagoya-protocol (biological diversity) expresses this best. Water resources have to be allocated in a fair and equitable way.

What do you personally feel the ICPDR Climate Change Adapation Strategy can achieve and how optimistic are you?
I am a born optimist. For me the ICPDR Strategy is an important instrument for supporting decision makers in the implementation of adaptation measures. But it is precisely there that I see a problem. The country experts in the ICPDR all agree on the necessity of the strategy, but it has to be set into political action. Maybe this is an uncertainty factor.

Returning to the previous questions: One of the challenges the strategy is facing is that it needs to be made so appealing and comprehensive that each country is able to make use of it.