From 5 to 9 June 2017, a full working week was devoted to an important event held at the UN Headquarters in New York – The Oceans Conference. Hosted by the Governments of Fiji and Sweden it is the first conference of its kind on the issue of oceans degradation. More than 600 voluntary commitments, among which one was authored by the ICPDR surged in about this topic in the course of the conference. 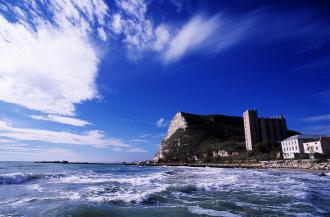 Many countries, civil society organisations, businesses and opinion leaders united under one banner – to protect and restore the health and the quality of the world´s oceans. The ICPDR was among these committed organisations which want to help solving a wide range of ocean problems, such as plastic pollution, strengthening sustainable fisheries and limiting the impact of climate change. The concrete solution, for the ICPDR, is about connecting water and agriculture in the DRB to protect the Black Sea.

The ICPDR as one of few freshwater River Basin Organisations (RBOs) in the world sees its role as direct contributor to the SDG 14 targets. Indeed, with its work towards the reduction of nutrient pollution in the Danube, the ICPDR is improving both the ecological status of the Danube River and the environmental status of the Black Sea.
The Conference format comprised seven multi-stakeholder, interactive partnership dialogues and plenary meetings aimed at launching new partnerships that will focus on SDG 14 goals.