The ICPDR presidency handover, which comprises of a detailed briefing session of the incoming president provided by the outgoing president and the ICPDR Secretariat, took place at Vienna International Center. Mr. Dražen Kurečić is an experienced water manager and has been Head of the Croatian Delegation to the ICPDR for several years. During his term as president, Mr. Ivica Plisic will be Croatian Head of Delegation.

Mr. Kurečić thanked outgoig president Ms. Emilia Kraeva and emphasised flood management and the finalisatio of the two managment plans for EU Water Framework Directive and EU Floods Directive as priorities. An interview with the new ICPDR president will be published in the upcoming Danube Watch 1/15. 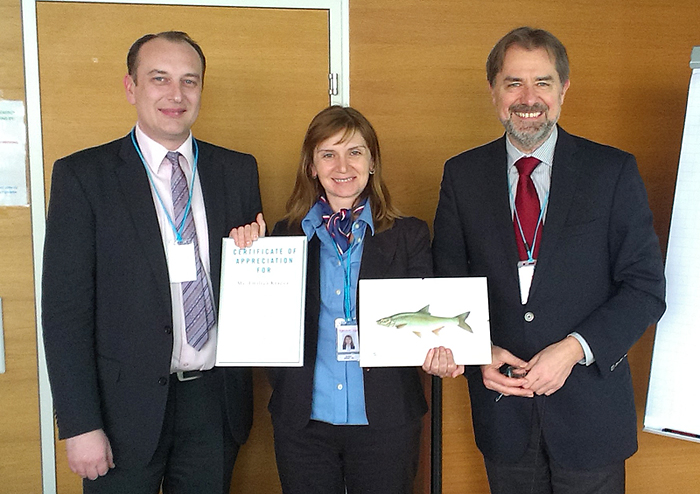